COLUMBUS, Oh (HB) - It didn't take long. In the short time since joining his hometown M.L.S. team the Columbus Crew just last year, Gahanna native Wil Trapp has made his mark with many respected league watchers around the country.

It's odd to think about but in under a year Wil Trapp has played three different coaches and two different ownership groups. So, even with the recognition he has received locally and at MLSsoccer.com, it is possible that these events have overshadowed what Wil Trapp has been able to do in a short time with the Columbus Crew.

Wil Trapp has just turned 21 years old but is already among league leaders in many key performance measurements.

Over the years I'm use to most Crew players dropping out of most statistical categories as the season marches forward, it's the way things go. Fast starts, early goals, a two assist game! ... and so on. But even after a half season last year and seven games in 2014 Trapp is still falling in the top quarter of all MLS players -- notably among league leaders in passing % (5th), all the while making the most passes per game overall.

He also falls in the top five in tackles per game, even top 50 in interceptions. He's popping up everywhere, really. The list goes on and it isn't going completely unnoticed outside Columbus. A few weeks ago he caught the eye of Alex Olshansky (Tempo-Free Soccer), whose analysis is well worth the time (here).

On top of that, earlier this week I looked up some player ratings across the league and found Trapp ranked second on the Crew, only behind Designated Player Federico Higuain.

Before the season started, new head man Gregg Berhalter surprised a few people when he named Trapp Team Captain of a preseason match. Berhalter is no stranger to the highest levels of the sport in the US, nor is leadership a foreign concept to him.

"In terms of guys I’m looking to for leadership, he’s clearly a guy I’m looking at," Berhalter said. "He can go as far (professionally) as he can take it. He’s a very good player. There’s no limit to what he can do." (Columbus Dispatch, Tuesday February 25, 2014)

Berhalter has since assigned the role of "vice-captain" to Trapp for each game this year behind regular team captain Michael Parkhurst. 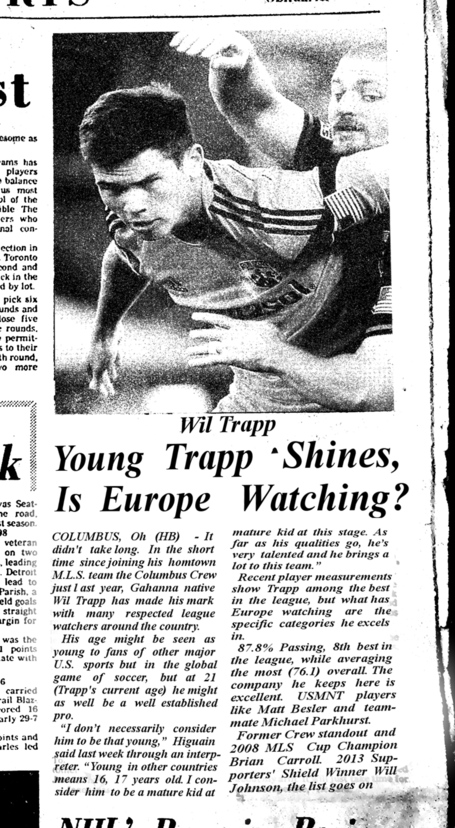 The Trapp story replaced a story on Cy Young Award winner Randy Jones who decided he need to be paid more. Yes, current Dispatch readers, that is the same Bob Hunter with a piece in the bottom left (just 38 years younger). 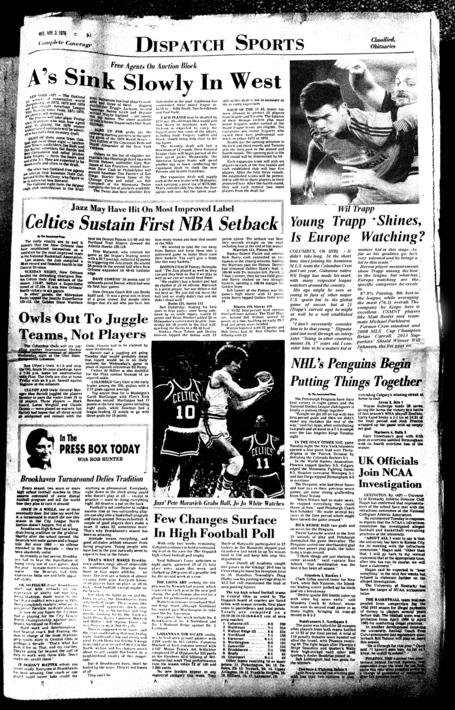 MORE, HOW THIS HAPPENED...

Picked up a few old newspapers from a former Columbus Dispatch employee here in German Village not too long back. I used a paper from 1976 as template for Trapp's story but here is some ads from The Columbus Evening Dispatch in 1968. Yellow Submarine, Chitty Chitty Bang Bang, McQueen's Bullitt, West Side Story, Andy Warhol's "I A, Man"? I'll take it.

As time passes the way news is distributed changes. Same with sports. Whatever the medium, each holds something different to each generation... but goddamnit. There's something about print. 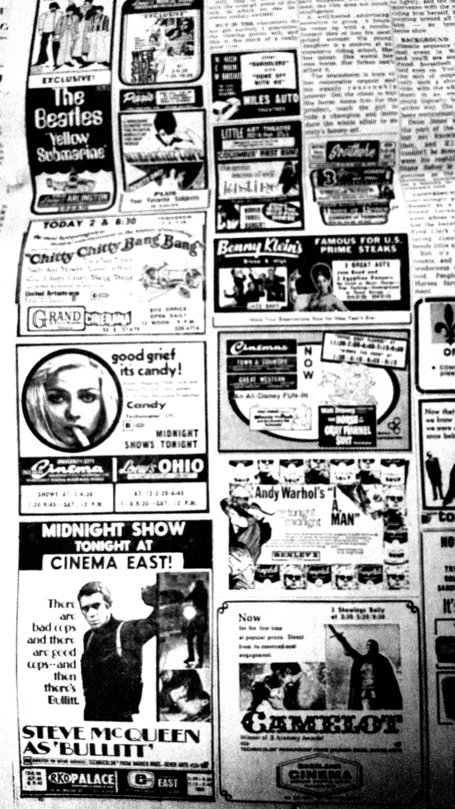