After meeting in D.C. on opening day, United and the Crew will face off in Columbus in an Eastern Conference battle.

When the Columbus Crew and D.C. United kickoff on Saturday, it will be the second meeting in a young MLS season between the two Eastern Conference rivals. The first match set the tone for the early part of the year with the Crew winning in convincing fashion, 3-0.

The Black and Gold went on to win their next two matches for the best start in franchise history, while it took United two more weeks to register their first win.

Since that point, D.C. has recorded two wins in a row and done so in shutout fashion.

"They're different," Crew Head Coach Gregg Berhalter said of the Black and Red. "They're playing well. They won their last two games and they've been getting results so I think it's a good team."

It is only two wins, but it appears things have changed for the better for D.C., who hadn't won consecutive games since October 2012. The main change has been this team is beginning to become comfortable.

"I think just the togetherness," said defender Josh Williams when asked about how United is different.

"When we played them, it was the first game for them together, so maybe a little nerves, maybe not knowing each other, not knowing the system a little bit. It's a completely different team."

In the first game, United broke in a new back line and strike force among others. Columbus took advantage and pulled a part a team that clearly lacked chemistry to begin the campaign.

D.C. has also made changes since week one. Due to an injury to Luis Silva, Davy Arnaud has moved into a central position where he has been noticeably more impactful. United completed a trade with the Chicago Fire, acquiring veteran Chris Rolfe, and these two moves have had an effect.

Rolfe already registered a goal in his two games - one start - for the Black and Red and he would be the odds-on favorite if United are to score against the Crew. The Ohio native has eight career goals against Columbus, four more than any other D.C. player.

Rolfe and Arnaud aren't United's only weapons, as their forward tandem of Fabian Espindola and Eddie Johnson is one of the more feared on paper in MLS. Espindola has found the net once this season, but Johnson is still searching for his first goal since joining the team in the offseason.

It is not for lack of opportunities for Johnson, who leads the team in shots with 11, but the breakthrough has not occurred. Of course, this does not mean the Crew can forget about the U.S. National Team forward.

"He's just a handful for the back four and I think we're really going to have to pay attention for him, even on set pieces," Williams said of Johnson. "He burned us last year with Seattle so that's something we're aware of and we're still working in practice."

A set piece is what allowed the San Jose Earthquakes to equalize a week ago, and Columbus will have to have a better focus but would ideally not like to concede those chances.

"When [they have] guys like Bobby Boswell and Eddie Johnson you want to try and avoid as many free kicks as you can," said Williams. "We're not an overly big team so if we can try and avoid those, it would be great."

After two straight wins, there is no doubt D.C. will be more confident than the first meeting and will look to extend their streak, but will the early season result be in the back of their mind? Williams believes it something they won't forget, but his coach thinks it won't be used as motivation.

"I don't think so," he said when asked about revenge.

"They want to come here, play good, and win the game. I don't think it's going to change what happened last game. This is a new game and we're preparing like we didn't beat them. We're really preparing to come out and play a good game."

The Crew meanwhile will be looking to register their first win in two weeks. They will attempt to do so in front of their home fans, who witnessed the disappointing shutout defeat against Toronto in person.

Williams believe the home support could be the difference in the Eastern Conference battle.

"Hopefully they turn up. It should be a good game, hopefully everybody comes out and supports," he said.

"I'm sure the Nordecke will be ready, but that will be the big thing. Help us come alive, help us push through and hopefully we'll put on a good performance and make up for the Toronto game." 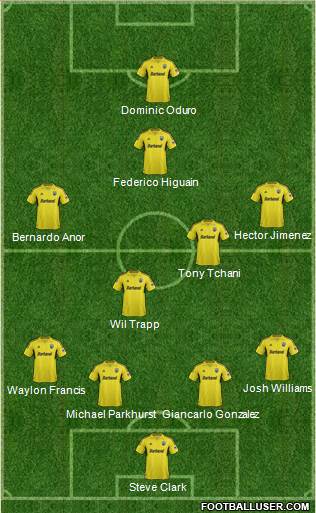 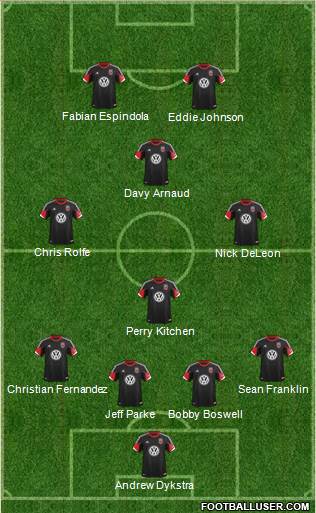