Civil war wounds can be slow to heal and some have taken exception to making light of a wartime disaster, but many comments on twitter have taken it as pointed humor on what turned out to be a banner day for Atlanta. No team nickname was announced, but it will be interesting if they mine Atlanta sports history and take a page from the city's first hockey team, the Atlanta Flames. 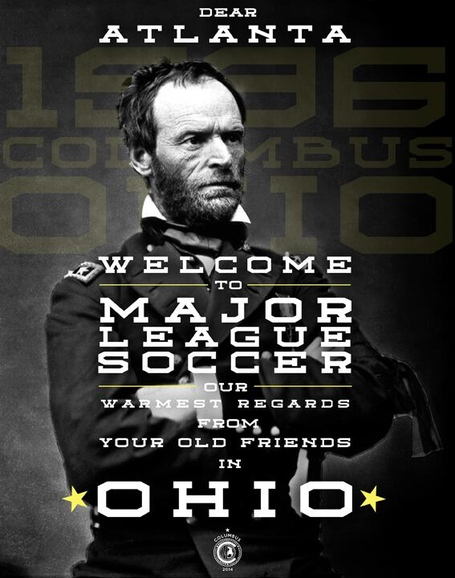