The Crew will be on TV with TWC

Time Warner will carry all of the team's games that aren't broadcast on national TV. The Crew will be the centerpiece of TWCSN and the team will have a pregame and postgame show wrapped around the team's games among other content.

The deal does limit access to games as TWCSN is only available on Time Warner Cable networks. Time Warner is available in over 90% of Columbus area homes, but subscription rates are significantly less.

For fans living outside of the Columbus cable market, the team, the league, and broadcast partners have limited blackout coverage to 75 miles around Columbus. Homes inside of the blackout zone will only be able to view Crew games on Time Warner. This zone includes Dayton, Zanesville, Newark, Mansfield, and Lancaster. Fans living outside of the zone can use Direct Kick or MLS Live even if they get TWCSC. 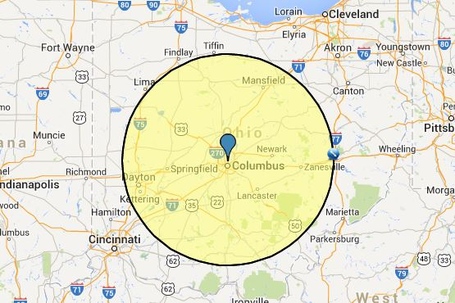 Full details about Time Warner produced content and schedules will be released at a later date.