Report from the last day of the Walt Disney World Pro Soccer Classic in Orlando and what the preseason tournament told us going into the 2014 season.

Share All sharing options for: Dispatch from Orlando, Final Day

In just a few short years the Disney Pro Soccer Classic has become a somewhat unique event in US professional sports. Similar to how MLB does their spring training where teams gather in warmer climates only this has a trophy and more than half of Eastern Conference teams are all playing on one day on the same field.

Because of this unique set up, there is a intensity to the tournament. Being preseason and teams primary goals being things like roster makeup, fitness, chemistry and tactics the actual results of the matches played aren't indicators of future team success.

In fact, you could probably rank each one of those goals by team. For Gregg Berhalter's Columbus Crew this tournament's priorities probably looked something like this:

Each team places different levels of intensity on each one of those things but if you are doing it right then team chemistry naturally happens out of the things above.

The final day of Disney Soccer Classic games are dress rehearsals for opening day just one week away. It's mostly starters and the effort level is high. For that reason, I like to go watch and observe the things listed above. 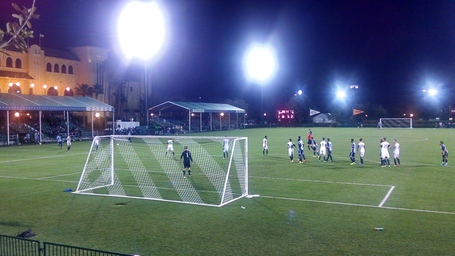 Here are general scores (1-10) for each team that played on Saturday, March 1st. Worst to Best.

3-4: TORONTO FC... going into the Saturday's match I watched what I could of them. They looked not good. No Gilberto or Defoe here but that doesn't excuse it. There is that preseason idiom of "it's just preseason" that tends to be said about bad teams more often than the better ones. Toronto was abused by a U23 Fluminese FC team everywhere but on set pieces (where TFC got their two goals). The second half was Fluminese (a team that lost three previous games to MLS teams this tourney) playing keepaway so successfully from TFC it was cringe worthy. Disheartening for TFC fans will be that there was a level of disinterest that hung over some of the players in this game.

4: MONTREAL IMPACT... playing in a decent 2nd match of the day against Philly, the Impact looked disjointed. Marco Di Vaio did not enter this match until midway through the 2nd half and before then they couldn't figure out a way to break down Brian Carroll and Maurice Edu in the Union midfield.

4-5: ORLANDO CITY... played a barn storming game against a short handed NY Red Bulls that ended with four goals a piece. The intensity level of their game was probably highest as the 5000+ sold out crowd cheered them on. Orlando is extremely dangerous in counter attack, defense however... Orlando has one more year in USL Pro division before making the jump to MLS next year. I've felt, for the past two years, that they can compete with MLS teams.

5: NY RED BULLS... NY carried the water, so to speak, in the game against Orlando. They were the one's trying to keep the game from spiraling into into Sunday league insanity. Thierry Henry, Jamison Olave and Tim Cahill were on hand but did not play. New Spanish signing Armando did play at CB and looks to be another big personality in town. Might want to give this team more of an incomplete score.

5-6: PHILADELPHIA UNION... looking improved over last year with Edu now back in the US on loan from Stoke City. I actually thought he out shined Michael Bradley on the day. Bradley looked grumpy and frustrated (he always sort of does) while Edu was playing more free, more fun. Even after the game Bradley just retreated to the changing tent and didn't mingle with teammates or fans. In fact, most of the Philly team seemed loose most of the afternoon. Pre-game they came out to watch some of the TFC game, very relaxed and seemed genuinely interested in the game (this is not the case with all teams). You can see by my score, however, that this didn't really translate into outstanding play. Jack McInerney worked hard in creating his own luck and did that well. I'm not sure he should be hanging around a Hackworth coached team, or MLS for that matter.

6: SPORTING KC... looked like last year in play and players up until they subbed all their key players out near the 70th minute. Their back line in Sinovic, Myers, Collin and Besler were probably missed most. After they went out things fell apart completely as the Crew scored three goals in the final 20 minutes. Eric Kronberg's goalkeeping play didn't help. He is a far, far cry from his predecessor and wouldn't be surprised if Andy Gruenebaum just jumped him in the depth chart. Final thought; with the gigantic drop off after starters went out I would expect KC to have a up and down year considering they will be placing a priority on CCL play and have a couple players in Brazil. 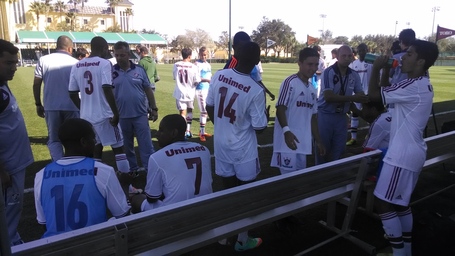 7: U23 Fluminense FC... outplayed and out-funned a disorganized, grumpy and flat Toronto team. In fact I thought they looked the second best on the day. If this is because TFC is far away from being good, that spells bad news for fans up there.

7-8: COLUMBUS CREW... hard not to put the Crew way up here because of the lopsided final score. They earned it. After going toe to toe with one of the best teams in MLS for 65 minutes, they body slammed their subs in the final 20 minutes. Critical to the Crew hanging with the MLS Cup champs was Steve Clark in goal (a couple of very important saves) and new pickups in Parkhurst and Giancarlo Gonzalez. Hector Jimenez also looked excellent playing as a RMF. He took full advantage of Oduro's absence (not playing week one due to suspension) by notching a couple assists and drawing a penalty early in the game.

I'm pretty sure many pundits out there will be moving the Crew up a few positions after their display yesterday. Some of that is deserved but remember that the Crew won their group last year by a larger goal margin and hung with a (at that time) very good Montreal Impact team in the final.

Even though I was watching mostly the same players as last year for the Crew, the team felt fresh which was in stark contrast with what I saw from Sporting, Toronto and Montreal who seemed stale or not all there (or bored).

Overall, a positive event for the Crew on top of a solid preseason by all accounts. 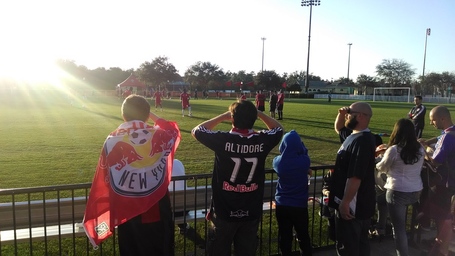