Share All sharing options for: Not a Match Preview OR The Hardest Part of Writing a Blog Post is Figuring Out the Title

That's who we've got this week. Houston. So you know the deal, I usually have something smartass to say about the opposition's fans, players, etc. You know the usual, but I've been Googling and trying to figure up, but they seem like a bunch of normal... oh wait... 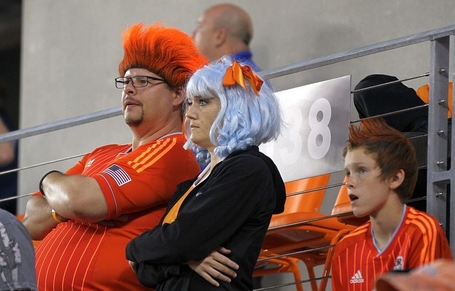 HOLY CRAP, SCOTT PILGRIM AND RAMONA FLOWERS GREW UP AND HAD A KID!!!!

Wait. I thought they were Canadian. How did they end up in Texas?

Alright - I've got my mojo back. I'm ready to do this.

Let's break down the keys to this contest. 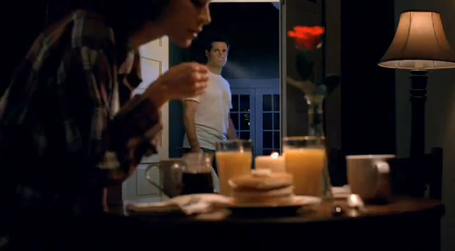 Seriously Houston, it's going to be hard to compete with this add that promises pancakes. That's what this commercial is about right? Shaving cream, then pancakes? It's a winning combination.

So what have you got Houston? 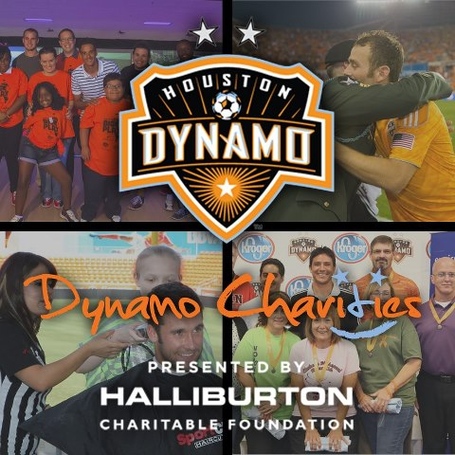 Yeah, I'm not even going to comment on that one.

Well you guys already know who you are, so I really don't feel like I need to say much here.

Well... a couple years ago the Texian Army was so warm and inclusive that they had this on their membership application.

For safety reasons, avoid non-Dynamo supporter groups when possible. If you're going to visit

friends from other groups, do not wear TA gear or do something that is disrespectful to the group. Do

not trade/give TA merchandise to members of rival groups.

In order to join, you must attend several Dynamo games with TA and have the endorsement of one or

Now granted I've looked at their website and it seems their membership policy has eased in the last few years, but I do think it's interesting that there was a culture of non-inclusiveness in Houston at least a few years ago. I wonder if that rubbed off on any of their newer supporters groups?

It does kind of remind me of some sort of off limits Sweetville situation. In and of itself that's kind of weird/creepy. 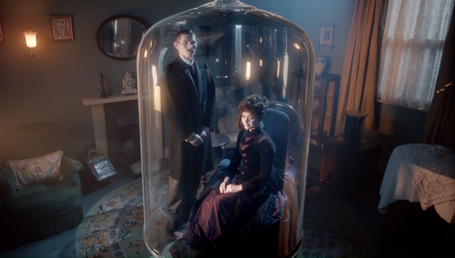 Also one other thing Houston. This one's bothered me for a while. I understand that you have cheerleaders. I understand that most of them are attractive women. Nothing wrong with this at all. Why are they the female representatives of your supporters groups on your fan page? 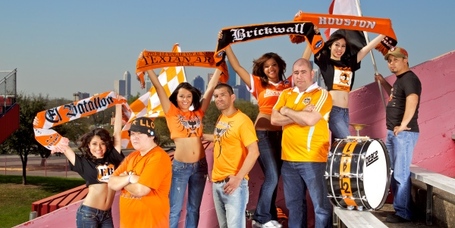 That's kind of a weird/sad commentary on your club guys. I'm sure there are plenty of female members of your supporters groups that would have loved to be in the official picture.

We don't have an official picture, but I can tell you we didn't hire any actors/cheerleaders to be in the official commercial.

Well, we've got a trophy we pretty much win every year and we have to play a team that we've only lost to once to get it. Remember this thing? 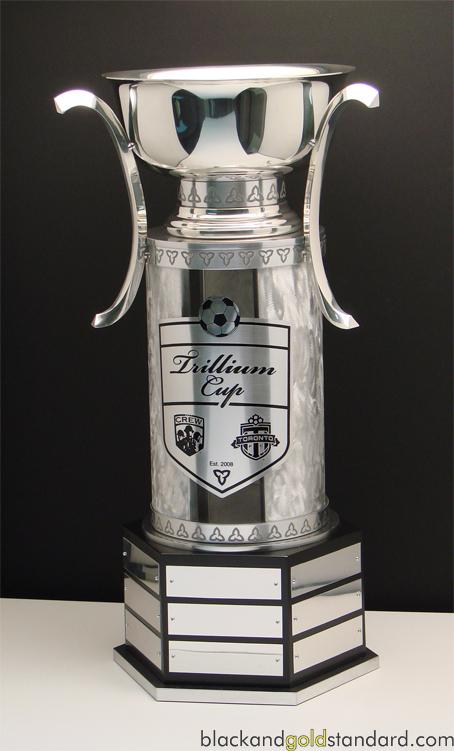 I think Clark Beacom uses this thing to hold Oranges next to his desk 362 days out of the year. 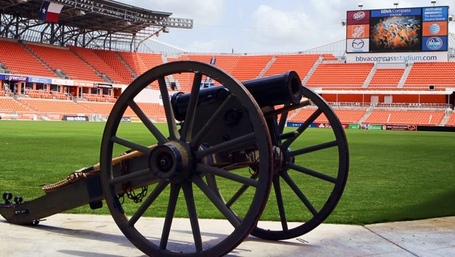 HOLY CRAP... THEY GET A CANNON? NO FAIR. I vote our next rivalry trophy is some sort of large naval ship and/or fighter jet.

So the overall advantage, if you don't count the Scott Pilgrim thing goes to Columbus, but just by a bit. That cannon is pretty awesome.

Meh, I'm never any good at these sort of things. So here's my prediction. We're going to win one for Eddie. That's it. That's all I've got. Plus it's like 2:30 in the morning. What do you people expect out of me?