MLS Eastern Conference Round (10) Up

Results, news and notables from MLS Round Ten with focus on the Eastern Conference through the kaleidoscope of Crew.

Share All sharing options for: MLS Eastern Conference Round (10) Up

REVOLUTION IN THE MIX

One of the most fascinating teams in the Eastern Conference rolled on last week, playing Portland to a 0:0 Draw. That brings the total number of nil nil draws up to three on the year for the Revs in just eight games to start the year - and another three of their matches have been 1:0 affairs. The only real mess they made was against New York on April 20th where all five goals were scored by NY but the final score was 4:1 (mini-riddle for the day).

Looking at the table you see that the Revs only have four total goals, with three of those being their own and now 9 total Points. That works out to be 3 Points a goal.

[Late add to this Revs section of the Round Up; Juan Agudelo has just signed from Chivas.]

The reason to keep an eye on this Revs team is because they have positioned themselves to become a legitimate playoff contender. Let’s let common sense take over here for a moment:

Likely In the East Playoffs

That leaves Columbus, Philly and the Revs fighting for that fifth and final spot unless Chicago can get their act together.

Real quick on Portland. They lead the league in possession (67%), passing completion rate (83%), while also making the most passes. Not something I see one team accomplish all in one weekend, regardless the competition.

Josh Williams was finally recognized as worth of Team of the Week (TotW) by the staff over at Major League Soccer. This puts Williams up at a total of three TotW Mentions with one Best XI and ties him with Federico Higuain on the Crew.

The 17 Total Mentions keeps the Crew in 2nd place in the league, behind only Montreal.

Wanna know who is last? Chicago with only five total mentions. DC is pulling up the rear in TotW mentions with just one (and seven ‘bench’).

To some it felt like Christmas yesterday because the Major League Soccer Players Union released everybody's wages. No doubt there will be more to come on it here on Massive Report but there are a few quick hits to mention.

1. Median Base Salary is $75k. What that means is that there are equal number above and below that number in the league. It also happens to be around the number that; if you make more than it, you are probably a starter (or at least in the 18).

With the exception of Chicago, all of the clubs with over 15 players making above the league median are proving tough to beat. Does that mean you have to pay to be competitive? No. What is means is that if you can find decent ‘starting quality MLS talent’ you will probably be alright. DIY: if you paid 30 players $75k you would be under the MLS salary cap?

2. The entire of player wages in MLS ($89 Million) is less than the expansion fee the league is asking for ($100 Million).

Last year, wages in the Barclays Premier League totaled up to about $2.52 BILLION compared to $89 million (or $0.08 BILLION) paid to players in MLS. That works out to be 3.5% of the BPL or basically just outside of what might be considered a rounding error for the FA.

Josh is consistently making the Castrol Index top 20. He has also spent time in my own Helltown Beer Top 20 this year. He is tied for 9th overall in the league in Goals Scored and 1st when looking at Defenders only. His goal rate of 0.33 is a productive Striker goal rate. More: He has 14 total shots and 6 on frame. Eddie Gaven; 5 shots, 3 on frame.

365 of the 557 players in MLS earn more than Josh Williams right now. 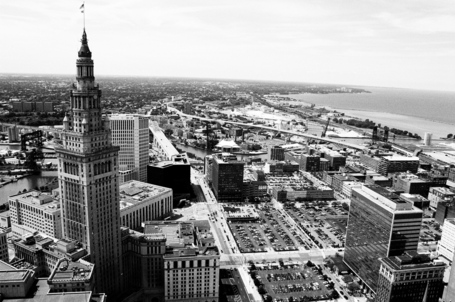 Seven of the ten Eastern Conf teams were in action last weekend. Here are some notes from those results.

Montreal jumped all over the ‘Quakes but they couldn’t hold it. Even though this one was at Buck Shaw and SJ have a reputation for coming back, a team as good as most think Montreal are should close it out.

Danny Cruz put two away off rebounds in as many minutes for the Union. Seattle might feel a little undone by that. Oh, Danny Cruz. I guess he is a ‘true winger’ as MLS has. Feisty dude. This result for Philly is decent. They keep pace with Columbus for that 5th playoff spot.

This game goes down as one of the worst out there. Both of these guys take on Columbus in the next two weeks. It was bad, folks. Justin Bell (@MassiveCityFFC) and I discussed making a Mystery Science Theater 3000 show about games just like this one. Mystery League Soccer Theater 3000? MLST3000! Hmm. Ok. Working title.

Not sure where to go with this one. Chivas was in it till GK Dan Kennedy got sent off in the 53rd minute.

Probably the result of the weekend. Haven’t watched it yet, to be honest. Both these clubs will be hanging around at the end of the year so plenty of time to catch them on ‘national tv’ then.

Still looking at players from the four best teams of the year, to date.

Montreal’s Patrice Bernier was finally displaced from the top spot this week by Graham Zusi of Sporting KC. This is on aggregate, over the course of the first ten weeks of the season. Here is a list of the updated National Association of Soccer Reporters top vote getters:

Should get interesting from here on out.

All I’ve got for now, thanks so much for reading. Don’t forget handful of good games Wednesday, May 8th and a good Crew one this Saturday in Columbus.

Have a great rest of the week.