Share All sharing options for: Not a Rivalry or How the Toronto FC Fanbase Learned to Stop Caring and Embrace Cognitive Dissonance

There's no sense crying over every mistake. You just keep on trying until you run out of cake

Also this, from the Red Patch Boys forum: 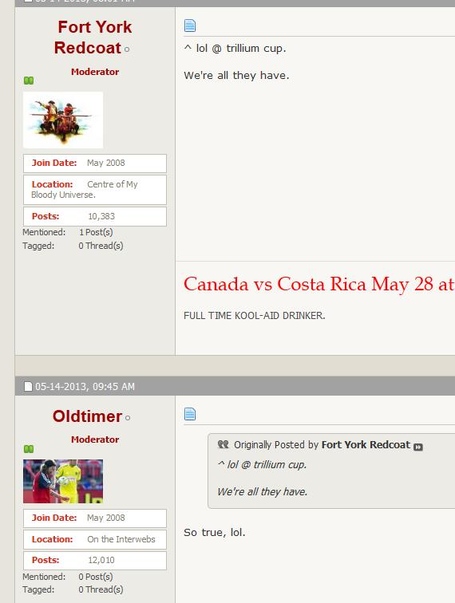 Hey guys... I know you're new here, but let me just remind you that "The Trillium Cup" isn't all that we have.

We've got one of these. 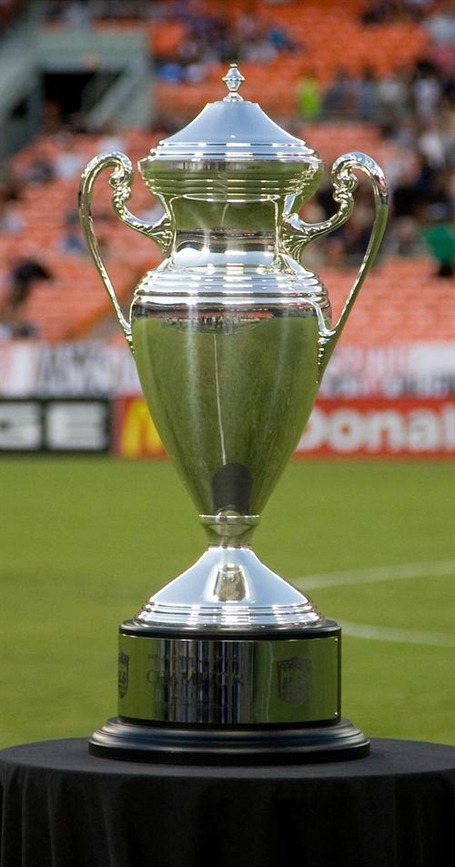 And three of these. (Yes, technically it was the same one won 3 times... but you get the idea.) 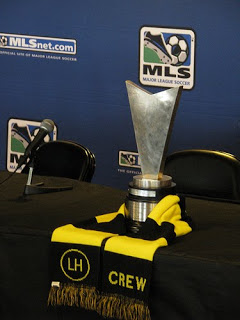 See... in this close up photo provided to us by LA you can see exactly what I'm talking about. 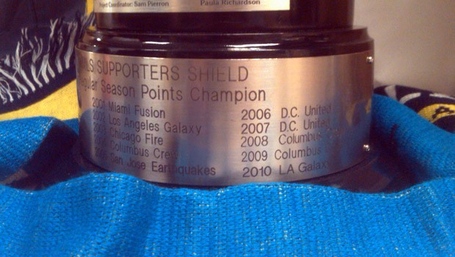 What was the other thing that we have? Oh yeah... this. 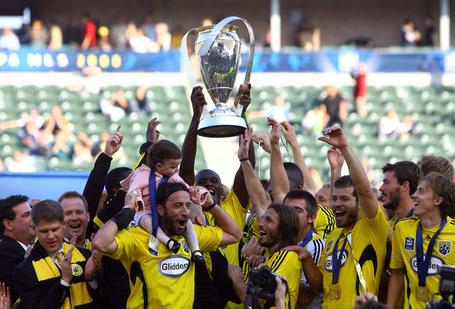 Here's the thing though. Some of your fans may disagree with you on this one. In Tim Drodge's latest "View From the South Stands" video he states (either on the verge of tears or a severe reaction due to a nut allergy)

This is healthy Toronto. Tim is letting his feelings out. (Also, on a related serious note, if Columbus does win today, someone should give Tim a call... just see how he's doing... let him know there are people who care. Maybe pick up a pizza and take it over to his house. Talk about the good times. Talk about the times you beat three other Canadian teams to win some trophy which got you in to CONCACAF and how your fan base considers a trophy won after a four team tournament a "Major Accomplishment". Or just do the pizza thing... everyone likes pizza.) 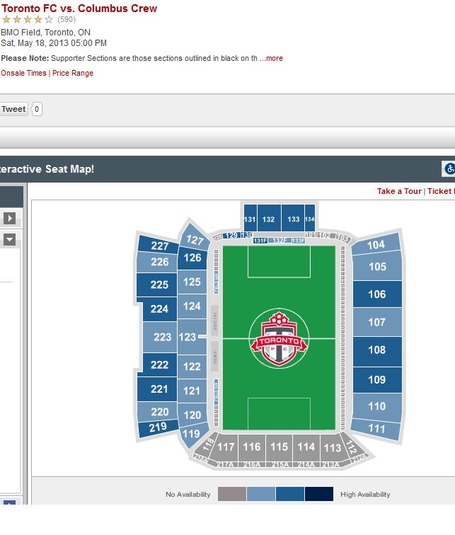 (Screenshot taken at 10:15 this morning)

You guys can't even do the one thing you hung your hat on for years... sell out.

Here's the reason why we don't like you Toronto... and here's the reason we consider this match a rivalry match. Your own fanbase and their cognitive dissonance. You can't seem to wipe that smug sense of entitlement out of your heads for more than 10 seconds and look at the facts. Columbus is better than you. We always have been. We always will be. Yes... you have a large fan base, but that large fan base is shrinking faster than a New Jersey governor after successful lap band surgery. Yes, we're not having a great start to our season, but you're having a worse start. Just like every year. You've had eight head coaches in seven years. Your fans create banners that state that they DESERVE better. Deserve? Kids this is soccer, you deserve what your club works for and I'm not seeing much work north of the border.

So remember Toronto, no matter what your ambition this year or the next... no matter what the final score of this game is... Columbus is better than you. We have been since you joined this league and we will be for years to come. Admit it, embrace it... and let the healing begin.