Share All sharing options for: Starting Lineups In; Gaven Scratched

The Crew released the starting lineups for tonight's game and for the first time since 2011, Eddie Gaven won't be in the lineup. He was scratched after picking up an injury in training this week. He was replaced by Ben Speas, who will make his second career start on the left side. The full lineup below: 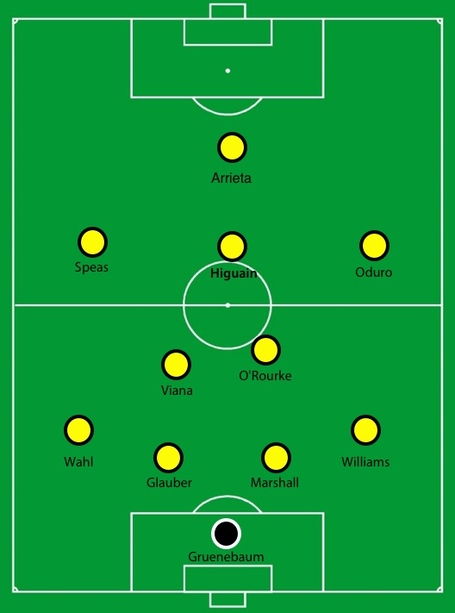