The Crew haven’t beaten a top half quality team since Round 19 of last year. It’s a streak of nine winless that settles in on an overall record of - 0 Wins, 4 Drawn and 5 Losses. Interesting thing about Round 19 is that it happened to also coincide with Federico Higuain’s signing.

Since last August the Crew have only managed only 4 points from a possible 27 against foes that finished (or projected to finish this year) in the top half of the table.

Federico Higuain came into town late July of last year and saw action for the first time with the club as a sub in the rd. 22 Draw against Houston. After that, the Crew and Higuain took off with four straight wins. Not really known at the time, but as the year played out it was found that all four were against teams that finished lower than 12th on the final 2012 table.

Here’s the quality of competition the Crew beat during that win streak:

From there the team couldn’t figure out how to win against a club that finished 9th or higher; A 28th round loss to NY, round 30 loss to Chicago, draw with KC round 32 and finally falling to DC in the 33rd round that knocked them out of the playoff picture.

Now here the Crew are in 2013 with three games behind them. While the season is way too young to say for sure, one could safely argue that two of the three teams the Crew have faced are likely top half teams in Vancouver and San Jose. Neither of which were wins.

With the loss to Vancouver and draw (at home) to San Jose the Crew seem to be continuing their struggles against the better clubs. What these results also reveal is the odd fact that Federico Higuain has not started in a win against top half teams.

Naturally, against the bottom half of the table Federico Higuain has superb numbers; winning 89% of possible points (team best, min 5 GMs) with a stunning +0.78 GD (also team best).

The difference between Higuain’s results vs top and bottom half is the widest on the team (13% possible pts earned vs 89%).

If you tease out his individual stats you also see the stark drop in production, though never dropping below stellar. All totalled he has 6 goals and 8 assists (1.00 G+A per 90) but against top clubs 0 goals and 3 assists or 0.54 G+A per 90, which works out to be less than half of his individual production against bottom clubs (an astonishing 1.30 G+A per 90).

Numbers like this might call into question the overall quality of a player but this just isn’t the case with Higuain. He is a great player. The problem has more to do with the fact that better teams have the means and ways to bottle him up - and bottling him up shuts down the Crew because so much runs through him.

In other words, this is more a problem with the team and strategy and not Higuain himself. If Columbus has to rely on him to produce at least a goal or an assist every game to win, it’s going to be a long year.

There have been a number of people, both fans and front office, that have been making comparisons between Higuain 2013 and Schelotto in 2008. Besides the fact that Major League Soccer likes to reinvent itself every year (in ‘08 there were only 14 teams in the league) the fact is that in 2013 there are just too many good players and coaches that can handle special talents on each team like the Crew have in Higuain.

Columbus has an important set of games in the coming weeks. This next one at RFK against DC United is a chance for the Crew to stop the slide that started last summer vs good teams.

It’s going to be tough though. The odds are already stacked enough as it is considering an away win in DC is hard - but add in the Crew’s poor form against good teams and the challenge becomes exponentially greater.

For a win to happen the Crew cannot afford to go into it thinking what they have been doing will be enough for a win. Higuain will need support (of the creative threat kind) up top and in the midfield to allow him space in the final third.

Nine games (two of them this year) and not a single win against a quality side since last July provides enough data to say with confidence that if modifications do not happen then this upcoming match will look like many others have against top half teams. 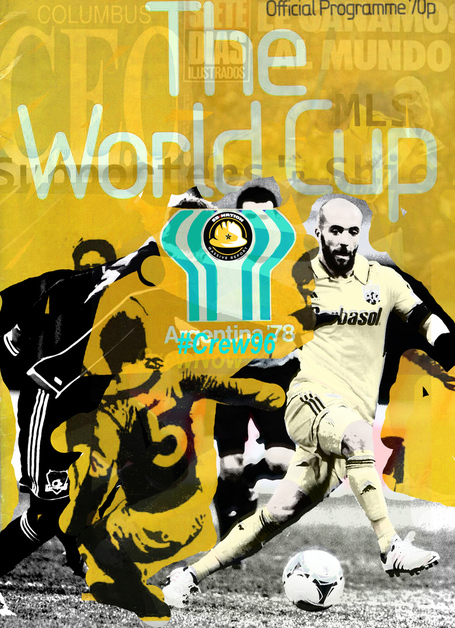