After a flurry of good results under interim coach Brian Bliss the Crew are still firmly stuck closer to the bottom than the top. From the outside this probably doesn't trigger much more than a shoulder shrug, but there is a little more to it than that. Let's take a look.

Six games ago, on September 2nd, Brian Bliss was put in charge of a team that was in 8th place in the East and 16th in the league. No goals for Bliss were publicly set but it was made known that this was an audition for the job. To most (including Guillermo Barros Schelotto), this meant playoffs or bust.

Over the last six games the Columbus Crew have the fourth best in Major League Soccer overall.

So, where do the Crew sit now after earning 12 points in the last six games under the stewardship of Brian Bliss?

No change in there situation. Still 8th in the East and 16th in the league.

Digging a little deeper we see that according to Eastwood Index (EI) the Crew dipped below a one percent (0.49%) chance of making the playoffs after their 0-1 loss to a 10 man Sounders team and even now after a solid run, they have just been able improve that to 1.82%.

What this highlights is the unreasonable situation the Columbus Crew put Brian Bliss in. In a lot of ways it shows the ignorance of some of the decision makers (both new to the team and old).

While it's understandable from a ticket sales standpoint, changing a coach this late in the season where it likely would've taken seven wins from eight to guarantee a spot in the playoffs is ludicrous from a future success perspective.

The Crew have fallen in the same trap so many do.

Change for change sake is a phrase you year often in most performance based industries. It's one of those you're doing it wrong phrases that means you are changing things without any reasonable plan to improve.

What the Columbus organization did way just that; Change something without any reasonable plan or regard for the long term future other than 'we are almost in the playoffs, everybody.'

Since more than half the teams make the MLS Cup playoffs, just making the playoffs is like saying, "we are almost average." 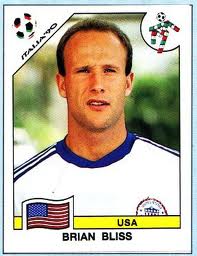 WHAT SHOULD BE DONE

The Crew aren't just a few weeks or months late in changing their coaching situation, they are two years too late.

Robert Warzycha should not have been re-signed back in the summer of 2011. This isn't just hindsight 20/20. Crew results had been dropping drastically since 2009, punctuated by the fact that after Warzycha was re-signed in 2011 the team only won two more games in the final 10 of the season.

Tweed Thornton takes a good, hard look at the importance of Carryover Minutes, but here is a simplistic summary of it.

Bringing back MLS caliber players from the previous season is proving to be a key success indicator for the next successive season. Here is how it looks this year:

Looking at that you see that the top 7 of 8 are playoff level teams. Their combined records work out to be 1.52 PPG. The inclusion of the Crew returning 16 is interesting and points to some deeper rooted problems (player selection, Mark McCullers).

Compare that with the bottom 8 team's record of 1.29 PPG.

Is announcing Brian Bliss at the coach for the 2014 Columbus Crew the sexy thing to do? Probably not, but what is the alternative? A new unproven coach, 30-40% turnover in the roster and a new system to be learned?

Looking at it that way makes you think that there is even potential of the franchise spiraling out of control for a number of years. Look at that 2nd list of teams. Chivas, Dallas, Toronto... even unstable sides like recent expansion Vancouver (and Philly).

Of course there are options out there but the formula for success in MLS is not complicated. Bringing on Bliss and keeping as many players as possible puts this team into the 2014 playoffs. It's the prudent decision.

The Crew waited too long to make a change at the Head Coach position. Were Bliss given more time than a proper evaluation could have been made. As it is, the water is too muddy. Eight games just isn't enough time. It was a missed opportunity, really.

The unspoken goal of making the playoffs to keep they job was statistically improbable and nearly mathematically impossible. Using that as the measure means reshuffling the deck at the on-field level (coaching on down) and introduces a great deal of risk into what is likely a transitional year for the franchise.