What ails the Columbus Crew and can it be fixed?

Share All sharing options for: Women And Children First...

Perennial championship contending clubs always manage to inject new players at opportune times, while keeping a core group in the fold. This applies to all soccer leagues throughout the world, with the prime example being the powerhouses at the top of the table in the Premier League (England). They are there, year after year. They don't do that by dropping a third of their roster in the off-season. 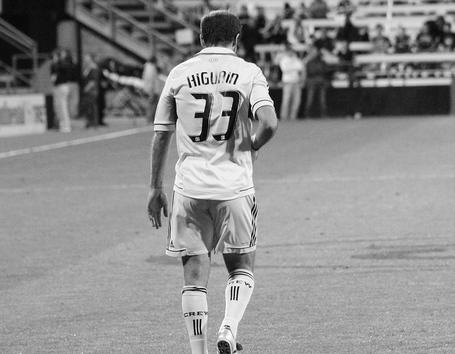 The analogy that has come to the forefront in regards to the Crew, is that of "rats leaving a sinking ship". I'm not saying that Columbus is in danger of spinning wildly out of control, ready to crash and burn at a moments notice. But, the players that have elected to play elsewhere, weren't offered extensions or want a trade out of Columbus is disturbing. If this were solely a "rebuilding" exercise, they would have said so. There is something deeper at play here that hasn't come to light, yet.

Why are the players being allowed to walk, not wanting to return or begging for a trade? It certainly isn't the city of Columbus. While it doesn't have the alluring "media shine" of New York or Los Angeles, it has a sensible, Midwestern charm that many love to call "home". I've talked with many pro athletes that say only the best about this city.

It most assuredly isn't the ardent fanbase that fills the Nordecke for each home match of the Black and Gold. The players know this as fact. Why else would they come over to show their appreciation to this group whether they win or lose?

All signs are pointing to something going on within the club walls. There is no other rational or logical way to explain the loss of so many players in such a short span of time. The lack of an explanation for the loss of these players is filling this vocal fanbase with trepidation going into the 2013 season.

Once again, we return to the example of the Premier League. Manchester United, Manchester City and Chelsea FC (currently the top three), keep their core and add/subtract players as needed. You won't see them turning over a third of their roster in the span of three months. Their formula for success is tried and true. They are perennial powerhouses and contenders for silverware each and every season.

From the championship season of 2008, the Crew have been progressively getting worse. The stats don't lie. In the intervening years, they've lost some very good players that weren't replaced in kind, to a listlessness that has seemed to envelop the club. The question now becomes what to do about it. The addition of another International is welcome news (according to Crew President and GM Mark McCullers), although it's more of a band-aid than a cure.

There is no easy or simple answer to what ails this club. But, something needs to happen to keep the ship from sinking any further. Or, this will soon turn into a salvage operation. And as we all know, salvage operations are never pretty.