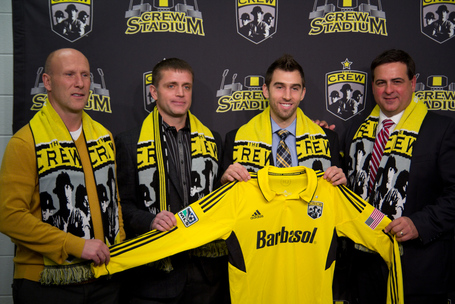 It was probably the worst kept secret possible. The Crew is VERY thin on defense. Crew academy has what could possibly be a first round SuperDraft pick in it's midst. It doesn't hurt that he is also a senior who has applied his skills under the prolific direction of Caleb Porter at the University of Akron.

I doubt that it was a hard decision for the Crew to want to bring Barson into the fold immediately. Barson led the Akron Zips in minutes played in 2010 as a sophomore when they emerged with a national championship. He was soon named team captain by Porter for both his junior and senior years in acknowledgment of his leadership and dedication on and off the field.