So goes Higuain; so go the Crew. It's no surprise that the Black and Gold's season turned around after Federico Higuain arrived. He had an instant impact on the team. He had 3 goals and 6 assists in his first 5 games. The Crew went 4-0-1 with 13 points.

In the following 6 games, Higuain has no goals or assists. The Crew are 2-3-1 with 7 points. The club has slipped back to 6th place in the Eastern Conference and out of the playoffs.

The drop off hasn't been because Higuain is not getting involved. He is; he's had over 100 touches in the last 4 games. He also has 15 "Key Passes" according to Opta. These are passes that create an offensive chance. By those measures, he appears just as influencial, but just unlucky.

While there may be something to the luck, there is a stark change in Higuain's passing numbers during his drought. In his first 5 games, he made an average of 39 passes a game, completing them at a 77% clip.

In the following 5 games he started, he still completed his passes at a 75% rate, but he made an average of 51 passes a game. That's a considerable jump.

Taking a look at his game against Toronto on August 22nd, Higuain's passing was spare, but effective. He attempted 44 passes, completing 37. Looking at the Opta maps, he drifted around the 18 yard box and was able spread the ball around quickly and effectively. He was in position to do damage. 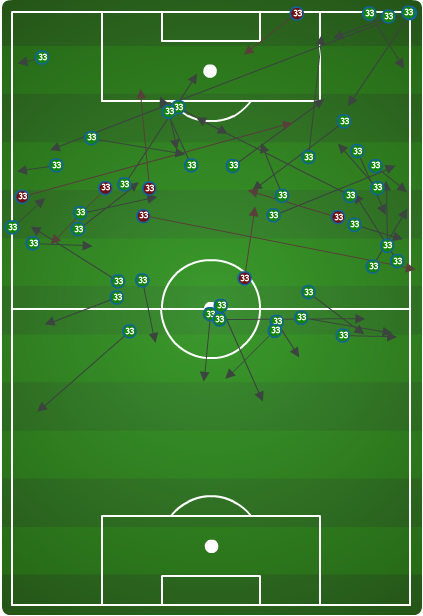 Conversely, his game in Chicago shows a different pattern. He was more active, completing 66 of 77 passes, but many of them are in the Crew's own half or at midfield. He had to work harder to be a part of the game and made less of an impact as a result. 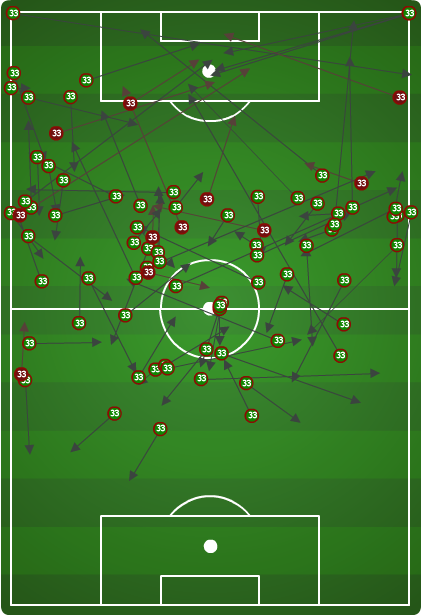 So the Crew game plan is to feed Higuain the ball and let him create, but it should be modified. Get the ball to him in position to allow him to work. He's unable to create moments of magic when he's 70 yards away from goal as he was in Chicago. It may pad the passing stats, but it doesn't actually help lead to viable scoring chances.

Columbus has a chance to put more pressure on Houston for that last playoff spot with a win in D.C. this weekend. To have the best chance at stealing points, the Crew have to find their playmaker before he has to drop deep and find the ball. This means that the rest of midfield has to work to carry the ball forward quickly. Allowing United to get into defensive shape limits Higuain's impact.

Having Higuain at the midfield stripe is a waste of offensive talent. That's not something the team can afford.